Are we able to predict who needs a bed the most?

In recent years we indeed have witnessed an increasing demand on healthcare services coupled with spiraling healthcare costs forcing us towards identifying factors and interventions leading to greater healthcare efficiency.

The case mix of our ED patients is changing with an increase in the number of the elderly needing acute (hospital) care, often suffering from multiple comorbidities leading to simple problems becoming easily complex and demanding admission. Partly due to this changing case mix, acute bed capacity is under serious pressure leading to ED stagnation and increased waiting times internationally.

When the ED is at its capacity, acute physicians have to make choices how to divide the few available beds. Are we able to predict who needs a bed the most and make justified decisions? Which patient can wait at the ED before admission and which ones can’t? The study of Byrne et al. in this issue focused on the association between ED waiting times and clinical outcomes in Ireland, measured by 30 days mortality, using patient data of admitted acute medical patients collected from 2002 until 2017. High Risk Score patients with a longer waiting time at the ED, appear to have an increased risk on mortality. It is therefore necessary to identify these patients early and prioritize their hospital admission. However, to our knowledge, the used risk score isn’t implemented in daily practice. In 2012 the National Early Warning Score (NEWS) has been broadly implemented and it would be of interest to know whether the used retrospective Risk Score using laboratory data accord to the NEWS. Curiously, in this study, patients in all three MTS urgent categories with <4 hours waiting time, have a higher risk on mortality than patients experiencing a longer waiting time. What’s the cause of this effect? Are patients so severely ill that urgent treatment and admission can’t change the adverse outcome? Or is it possible that all three urgent MTS categories identify patients who are sicker with a higher chance of dying?

Intriguingly, in Ireland the mortality amongst admitted acute medical patients decreased since 2002 by 1.3%. An important question remained unanswered by Byrne et al: why has this mortality decreased? Has the severity of the diseases by urgently admitted patients diminished? Has the treatment for acute medical patients been improved? Don’t severely ill patients come to the ED anymore, due to proper advanced care planning? In contrast to the decreased mortality, the median waiting times >6 hours have increased by 50%, from 10 to 15 hours. What caused this increase? What happened in the acute care in Ireland? Have other European countries experienced the same effect or can’t the Irish results not being extrapolated to other European acute care systems?

For example, in the Netherlands, the total number of patients being seen at the ED has decreased and stabilised in the last years, although the number of acute medical patients, especially elderly, is increasing. During the last flu season patients we were faced with ED closures, long length of stay and overnight ED stays due to the lack of beds in-hospital. However, waiting hours >12 hours at the ED are rare in Dutch EDs. A key factor in constraining the patient flow to the ED is the well-functioning primary care system with adequate out of office hours care by GP-posts. When a GP post is placed at an ED, GPs treat 75% of the self-referred patient, which is safe and cost-effective. Due to this the ED`s can concentrate on the sick patients who need urgent care.

Despite the decreased patient flow to the ED in the Netherlands, the organisation of the acute care has gained much attention of policy makers, media and health care professionals due to frequent ED closures and stagnation in some regions in the Netherlands. Recently, a prediction model for hospital admission in a mixed ED population has been established by using data directly available after triage, aiming to use for shortening the Length of Stay (LOS) at the ED. A computerised tool calculates admission probability for any patient at the time of triage by using age, triage category, arrival mode and main symptom. It demonstrates that different European countries are facing the same issues and are trying to optimize the acute care with some overlapping focus.

We believe that at a time where the demand on acute care is increasing, it’s essential to pay attention to the organisation of acute care so that high-quality care is guaranteed and the available resources should be handled efficiently. Studies such as executed by Byrne et al. contribute to this topic and provide lessons which can be learned internationally. We need tools to identify sick patients who need properly care on time and acute physicians can play a central role in developing these tools.

Times are A-Changin’: self-poisoning and ICU admissions in the northern part of the Netherlands

The Use of Lung Ultrasound in Acute Medicine 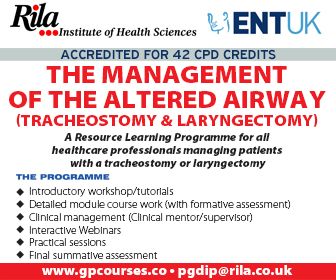 Unscheduled care admissions at end-of-life – what are the patient characteristics?

Are we able to predict who needs a bed the most?

Picture Quiz: A Red Man on the AMU – Answers